Done My Best moving up the Foundations Rock Radio Chart

"Done My Best" moves from #52 to #41* on the Billboard Rock Radio Indicator Chart and is climbing just up the Foundations (SMR) Chart where it sits just ONE spot outside of the Top 30! 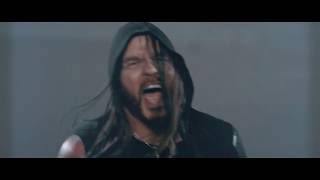 Silvertung Release New Single “Done My Best”, Make A Wise Choice And Give It A Listen!

Silvertung has released a new single for their forthcoming album “(But, At What Cost??!)”, out on February 15th. You can pre-order the album here. Done My Best is an energetic rocker. Heavy riffs and pounding rhythm section. Frontman Speed delivers the vocals at a very high level. He changes up his style at various points in the song. When the song has a faster tempo he keeps up with it, when it slows down, he does as well. His yell near the end of the track is a nice sur

But, At What Cost preorder on iTunes

iTunes pre-orders are live for (BUT, AT WHAT COST??!). Purchase today and get an instant gratis download of BLACK SUNSET. Click here to preorder: https://itunes.apple.com/us/album/but-at-what-cost/1449276940

Jefferson Starship lyrics might be the least rock n roll way to describe Rock Fest, but “we built this city on rock n roll” is – all things considered – a pretty fair sum-up of what goes down on Cadott’s festival grounds every summer. It is, quite accurately, a city of its own – a place where rock fans of all ages, shapes, and sizes can come together for a heavy-hitting weekend of some of the genre’s greats. And today, the fest announced its 2019 lineup for its 26th year, hap

Mid Atlantic rock band Silvertung has released the Official Music Video for “Done My Best”, a single from their upcoming full-length album coming out on February 19, 2019. “Done My Best was the first song we wrote for the new album But, At What Cost!!??. It started with a riff that Codey was jamming on in rehearsal. It had a fresh feel and was the track that drove the rest of the writing process. “I remember when it came time to start recording ‘Done My Best’. After a long d

Silvertung “But, At What Cost??!” Review by Kristin Welcome

The latest release from Silvertung, “But, At What Cost??!” is slated to drop on February 15, 2019. The release is produced by Steven Wright (Slipknot, Mars Volta, and Rihanna) and a partnership with Thermal Entertainment. The single, “Done My Best” was released January 13, 2019. “Done My Best” is a return to the heavy hitting, and electrified sound that fans expect from Silvertung. The song is anthemic, bold, and catchy; proving to be the right choice for early release, as a
1
23